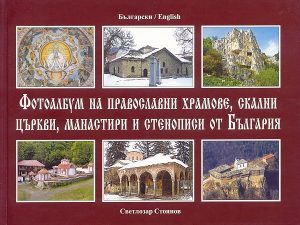 Photo Album of Orthodox Temples, Rock Churches, Monasteries and Frescoes of Bulgaria, captured by Svetozar Stoyanov and issued with the support of HLB Bulgaria Ltd. Svetozar Stoyanov was born in 1976 in Gorski Izvor village, Haskovo region.

He grew up in a home for children and adolescents “Zlatarov” in Haskovo, currently he is theology student at Sofia University “St. Kliment Ohridski”. The album collects 200 images of Orthodox churches, monasteries, rock churches and frescoes of Bulgaria along with information about their location and GPS coordinates.